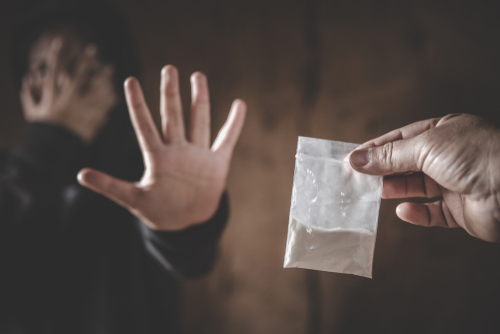 How Long Does Heroin Stay In Your System?

Home » How Long Does Heroin Stay In Your System?

Heroin is a highly addictive, illegal, rapidly acting opiate that is derived from morphine.

Morphine is synthesized from the seeds of the opium poppy plant, which is why heroin is classified as an opiate. Heroin is categorized as a Schedule I Controlled Substance by the United States Drug Enforcement Administration (DEA), which is defined as a substance “with no currently accepted medical use and a high potential for abuse.” Heroin can be abused in different ways such as intravenously (injected), inhaled (snorted), and/ or smoked. The method of ingestion does not affect the speed at which heroin crosses the blood-brain barrier. The fact that heroin is an illicit drug means that the potency, purity, and possible additional ingredients vary significantly. Each manufacturer has sole control over the contents of his or her heroin, which can lead to serious consequences. Heroin has a particularly short half-life, meaning the length of time the substance will remain in one’s system until the concentration in one’s blood has been reduced by half, of only thirty minutes.

The length of time heroin remains in one’s system can vary and will depend on several contributing factors. Some contributing factors can include one’s body mass, hydration level, age, metabolism, personal health history, duration of heroin use, the potency of heroin, etc. The amount of time heroin remains in one’s system, versus the presence of heroin that may show up depending on the method of drug testing used, can yield different results. Barring various additional factors, heroin will likely be detectable as follows:

Certain foods can result in a false positive for the presence of opiates. Poppy seeds, for example, contain a tiny bit of opiate residue that is enough to trigger a false positive. Urine tests are mostly used to detect heroin because they are the easiest to administer and the least expensive.